Unemployed people in the UK have more disposable income than part-time employees and zero-hour workers according to a press release by Scottish Friendly. The report goes on to explain that the unemployed have an average of 9.3% disposable income each month whilst those working zero hour contracts have just 7.8% after expenses.

The government have recently been cracking down on large companies offering zero hour contracts and the latest report by Scottish Friendly certainly adds another string to their bow.

The ‘Disposable Income Index’ outlined by Scottish Friendly shows that the UK’s unemployed have an average of £174 as spending money each month compared to a mere £130 for zero hour contract workers.

But what does this mean for the UK workforce?

According to the office for National Statistics there were 1.4 million workers on zero hour contracts in January this year.

The latest disposable income stats raise valid concerns that these individuals working part-time or zero hour contracts are likely to be financially worse off than if they were not to work at all. This provides very little motivation for those looking to come off of benefits especially when zero hour contracts may be the only jobs available.

Zero hour contracts have caused issues in the past with the government outlining clear concerns over the uncertainty of regular work and lack of progression opportunities.

“It’s bad enough that people don’t know what is going to be in their wage packet at the end of the month, but the index shows that for certain workers, there now appears to almost be a disincentive to work.”

In theory the benefit of a zero hour contact is that workers have the option of turning down work if necessary. However, there is often a great deal of pressure within these contracts. As those that turn down work run this risk of not being offered work in the future.

With this in mind, it seems the decision to accept a part-time job or zero hour contract could statistically be an unwise choice if you are currently without work.

With an increase in unemployed disposable income, one could assume that there has also been an increase in the number of people saving money each month. However, during this study there was actually a 2% dip in UK savings.

It seems the government certainly aren’t confident that this disposable income is well spent as in recent months they have been accused of stigmatising benefits claimants for poor spending behaviour. In a recent Conservative Party Conference, Iain Duncan Smith put forward the initiative of ‘Smart Cards’ which will stop claimants from spending money on alcohol, cigarettes, gambling or anything other than essentials. A generalisation that has not yet been welcomed with open arms.

What are your thoughts on zero hour contracts? Is the government giving claimants the best chance of starting work? 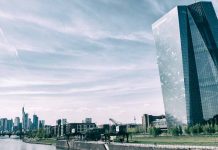 Another Month of Debt : Why You Need An Emergency Fund